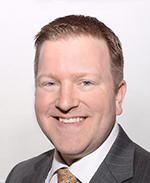 On July 1, 2021, Dr. Jason Lyons, Business Manager, Arkema, began his tenure as SPE's President. Dr. Lyons has been a part of the SPE community for many years in a range of roles that have helped influence his journey to becoming the society's President.

From 2010-2018, Lyons sat on the SPE Engineering Properties & Structure Division (EPSDIV) Board of Directors. During that time, he introduced the EPSDIV Seminar Series, was an EPSDIV Technical Program Chair (TPC) in 2010 and 2017 and was EPSDIV Chair in 2014. He has been on the SPE Additive Manufacturing & 3D Printing Special Interest Group Board of Directors since 2016 and has been an ANTEC® moderator since 2010. Lyons has been on the SPE Executive Board as VP Divisions since 2016. Lyons received his Doctor of Philosophy in Materials Engineering from Drexel University and his Bachelor of Science degree in Textile Engineering from Philadelphia University.

SPE News asked Dr. Lyons a handful of questions with the goal of getting to know him a little better. Besides finding out he's a die-hard Pearl Jam fan, we discovered some of the things that makes Dr. Lyons tick.

SPE News: At what point did you realize plastics would be the focus of your career?

Dr. Lyons: I made the mistake of following my high school girlfriend to college and in doing so, ended up at a fashion school. Initially I was sort of a fish out of water but I was introduced to the world of textile and I became fascinated with the area of textile engineering. This was my first deep dive into synthetic materials and from there, as they say, the rest is history.

SPE News: What were your initial reasons for joining SPE?

Dr. Lyons: As I attempted to plan a course for my career, it was evident that I needed to increase my exposure outside of Arkema. When pondering how to effectively do this, I remembered my time as a SPE student chapter member and my time at ANTEC®. What really resonated with me was the incredible access to other people in my profession that SPE provides. For me, SPE continues to function as the greatest “super connector” in the world of plastics and I cannot imagine not being part of that.

SPE News: When did you start getting involved on the committee level and why did you decide to do so?

Dr. Lyons: Servant leadership has always been extremely important to me. I was raised with the mindset of always giving back, especially to organizations that have given you so much. As I mentioned, SPE has given me a lot, both personally and professionally so there was a sense of confusion when I looked around and sensed that not everyone felt the same way as I did. At the point I volunteered for Division leadership in an attempt to reveal the true power of SPE and it continues to be my guiding light to this day.

SPE News: What’s been the most gratifying aspects of being on the SPE Executive Board?

Dr. Lyons: By far, the most gratifying aspect of being on the EB has been the friendships that are forged with like-minded individuals, like-minded in the sense that we all desire to leave the Society in a better position than which we received it.  We may have different ideas of how to accomplish that goal which leads to many spirited conversations, but those conversations are rooted in trust and honesty. It is comforting and refreshing to be surrounded by people that truly care.

SPE News: As the new President of SPE, what are some goals you would like to see set in place and/or accomplished during your tenure?

Dr. Lyons: I know that this year is going to fly by so what is important to me is establishing a framework from which future leaders can continue to build, similarly to our Strategic Plan. To this extent, I work very closely with Bruce Mulholland (President-Elect) so we remain aligned on how to build a better tomorrow for SPE. Effective leadership cannot exist in a vacuum. I think that it is critically important to identify new ways of providing value to our stakeholders that are based on our pillars of knowledge and networking. This value may come in the way of focused conferences, specialized training programs and/or network building sessions.

SPE News: What advice would you give to someone who is contemplating joining a chapter board or getting involved with SPE on a national level?

Dr. Lyons: When volunteering for any position, it is important to understand why that individual wants to get involved. It is perfectly acceptable to expect something that you view as a reward, but it is critically important to acknowledge that the reward will only come when time, effort and passion are laid out there to begin with. I would encourage anyone to find something they are passionate about and then do everything in their power to communicate that to others.  In doing so you will hopefully ignite a flame in someone else and I can assure you that there is no better feeling in the world.

SPE News: Why do you feel plastics professionals should join SPE and what advice would you give someone in the industry that would help make the most out of their membership in the society?

Dr. Lyons: The way that research is conducted today has evolved. The silos that were erected in the past are being torn down and true innovation results from optimized collaboration. To this extent, there is nothing more powerful than the network that resides within SPE.  If we think about the global problems that will shape our future, plastics can play a vital role in the solution.  Taking this a step further, we can eliminate any ambiguity and say plastics WILL play a vital role in the solution if we work together. The reality is that the solution will not be an extrusion line.  However, an extrusion line that is processing a film made from a newly designed polymer with specialized additives that aid in the sustainability of the film may be the answer. SPE is uniquely positioned to put the thought leaders from each of these aspects into the same room. We have a Lamborghini parked in our garage but we have not taken it for a drive. Together our membership can unlock the true potential of our organization.

SPE News: What’s your favorite plastics product? Something you can’t live without?

Dr. Lyons: Golf balls. The amount of innovation that goes into something so simple is fascinating to me.

Dr. Lyons: My favorite movie would either be Goonies or The Empire Strikes Back. Goonies brings me back to my childhood where you believe that as a child you can change the world and Empire because Yoda may be the coolest character ever developed. "Try not..do or do not…there is no try."

Dr. Lyons: Without a doubt, Pearl Jam. I have been fortunate enough to see Pearl Jam over 140 times in 20+ countries. As a teenager struggling through my formative years, their lyrics spoke to me and provided me with an outlet. Also, the people that you meet at shows shared similar experiences which creates a tremendously strong bond. Many of my best friends were met somewhere on the road.

Dr. Lyons: Wow, this is next to impossible. The best meal I ever ate was at the French Laundry. It was amazing to look at your plate as a work of art, knowing that each floret was hand placed. Additionally, the ambiance was amazing and the service was other-worldly. Knowing you can’t frequent the Laundry, my favorite local restaurant is currently Bar Taco. They have unique tacos that are light and refreshing and their salsas are amazing.

Dr. Lyons: I am a 49’ers fan and I have been since 1984. The first football game I remember caring about was the 1984 Super Bowl and the Niners were playing the Dolphins. They mentioned that the Niners starting QB played his college ball at Notre Dame and with my grandfather being from Ireland; I decided to root for them. They went on to win so I jumped on the bandwagon but having been on that same wagon for over 35 years (some of them ROUGH), I think it is safe to call myself a die-hard fan.

SPE News: What pastime do you participate in that may surprise people?

Dr. Jason Lyons: Other than touring with Pearl Jam? I have a passion for travel and wine and whenever I get a chance to combine the two, I do so.

SPE News: What is your overall philosophy on life?

Dr. Jason Lyons: John Adams, when writing to his wife during the Revolutionary War, once said, “We cannot insure success, but we can deserve it.”  I love this quote because to me it speaks of the effort. Give all that you have, all of the time. In the end, there may be circumstances outside of your control but you can still be proud of your efforts.