Reservations must be in by noon on Friday, March 6 and can be made to Gary Taylor at +1 330.419.4380 or akronspe1@gmail.com. Be sure to include your company affiliation and dietary restrictions. 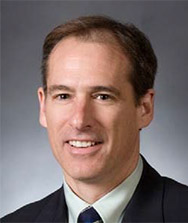 Bryan K. Smith is director of the Space Flight Systems Directorate at the National Aeronautics and Space Administration's (NASA) Glenn Research Center in Cleveland, Ohio. He assumed this position in 2011 and is responsible for planning, organizing and directing the space missions assigned to the center with an annual budget of approximately $425 million.